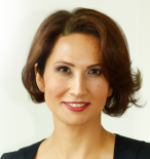 Dermatologic Surgery How to Remove Mole 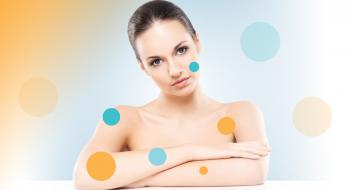 Dysplastic nevi (dysplastic moles), which have the risk of conversion to melanoma, are different.

Why does moles occur?

Genetic factors are the main cause of the formation of moles. The number of sun rays may increase.

Why does mole occur?

Moles are mostly mixed with warts. But the meat is not contagious, it is smooth and flat surface according to the warts.

Does mole turn into cancer?

There is no risk of mole skin cancer. However, they should be separated from true melanocytic moles by dermastoscopic examination.

How is mole treatment done? When do I gain importance?

Intestine polyps and hormonal disorder should be investigated if moles spread too much and spread throughout the body.

It is important for everyone to check all moles by contacting dermatologist once. For those with dysplastic moles, control may be required 1 or 2 times a year. The goal is to recognize early changes in the surface before the cancer occurs.

Can moles be removed?

The moles can be removed by different methods according to their characteristics. It is not correct to remove the melanocytic moles by burning or laser. Because a risky one can speed up the change. Or years later, it can be repeated with a misleading appearance that gives the impression of cancer. Removing the molar with the correct method is the most important point in terms of preventing both aesthetic and future problems.

Is it dangerous to take the moles?

After the analysis is done, according to the characteristics of the method is determined by the appropriate method of removing moles. Radiofrequency, Electrocautery, Laser and Surgical methods can be used.

When removing the mole is the pain felt?

Local anesthesia is applied to the person before moving mole. In this way, pain or pain is not felt during the procedure.

Will there be scars after removing?

In some cases, slight traces may occur due to mole size, mole depth and mole removal. The shell may form over the mole-removing area. The shell is expected to fall on its own, the new skin under the shell is formed in a healthy way. In aesthetic surgery, aesthetic suture treatment is performed.

What is mole removing prices?

What are our dermatologists Eda Tiftikçi and Tugba saying about removing mole?

It is recommended that you do not trust the information on the Internet for such treatment. With one-to-one examination, the most appropriate treatment protocols are determined. For detailed information and appointment you can call Lotus Dermatology.